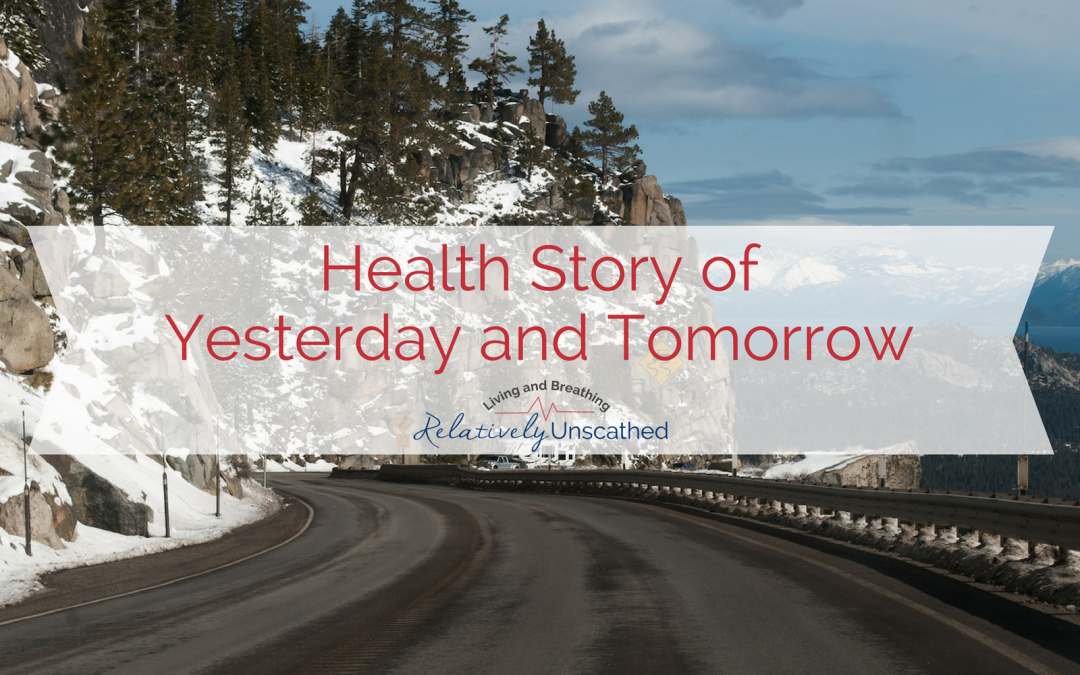 Health Story of Yesterday and Tomorrow

I’m heading into the season of health event anniversaries, three years later now. I find it remarkable that I could have just one main post about my health for an entire year. It seems like no time has passed since I was riding a roller coaster of seemingly endless issues to face. This year hasn’t been without its twists and turns. Compared to the previous two, it has been smooth enough for me to not even bother sharing most of what’s happened. I will take a look back and shine a light forward to share a more detailed look into my current state of health.

I had that brief ER visit in February for chest pains. I have had a few fleeting twinges here and there, none of those events have amounted to anything. For that I am grateful. I’ve tried to let go of the fear without cause. I tried to live life as normally as possible, even while awaiting potentially devastating results.

In May, I was awaiting the results of two cancer screenings. I didn’t really talk about it. One can fret themselves into tizzy and treat a cancer “scare” to a heightened degree, as if they are already dealing with cancer. I’ve had enough family members that have had to actually face actual cancer. I did not feel it right to bring massive amounts of worry to my life from myself or others unnecessarily. 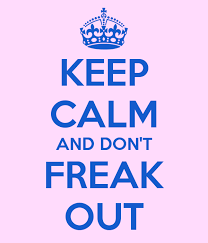 At Mayo Clinic in 2014, a polyp on my gall bladder was found. I mis-remembered the timeframe for which it was to be rechecked. I thought it was two years. It was supposed to be one year. Two years after Mayo, I got a 2nd ultrasound, which showed the polyp had grown (most will disappear on their own). It wasn’t the size that requires immediate removal. It was recommended that I do a recheck in six months. If it continues to grow, then I should have it removed. Even if the removal proved that it was not cancerous, surgery itself on immunosuppressants is a higher risk for infection. It is a risk I do not take lightly.

Meanwhile, I got my pap smear. The results showed abnormal cells that were potentially the bad (cancerous) type. I was sent for a more detailed biopsy via a colposcopy. This was also all happening in May. At the same time, I was preparing to go to Paleo f(x) conference in Austin, TX. That work provided an excellent source of distraction for me. In the end, I’m happy I didn’t sound any alarms. The polyp is still there, but surgery has not been recommended at this time. We shall check it again in one year. Stage-two PRE-cancer cells were found on my cervix, but they were easily and successfully removed. We will just continue with annual paps.

Where to go from here?

In June I went to see my doc, the chief Rheumatologist at UCSF.  (I also saw my pulmonologist in the Interstitial Lung Disease Program, but that meeting was less eventful.) This was the longest I had gone in between appointments with them. An entire year had passed since I’d last seen my Rheumy. What a year to catch up on. The last I saw him, he diagnosed me with pneumonia and I was still on supplemental oxygen. One year later, I had had the healthiest year since diagnosis, discontinued my oxygen, continued my exercise and had added the Autoimmune Protocol (AIP) diet to my life. I was neck deep into the work of creating ShopAIP. Even though I had intended on getting my docs opinion on tapering to a lower or potentially even getting off of my medication, he shocked me by bringing up the subject himself. 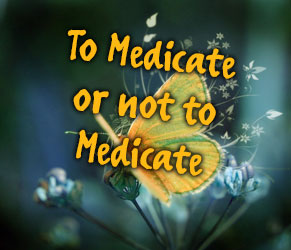 We talked on many important subjects:

I’ve been curious about functional medicine since the beginning. I went as far as making an inquiry, but never made an appointment. In the beginning it was because I didn’t think I could blindly trust a segment of the medical community that I knew nothing about. Having been a director of a hospital department, I felt I was a decent judge of whether or not a typical doctor is a good one or not. Without a frame of reference, I didn’t think I would know whether or not I got a good one.

I also wasn’t ready to make the kinds of changes that might be required of me, most notably, my diet. It isn’t that I didn’t think a healthy diet might help a person. It is that I didn’t believe that a dramatic change in diet would really have a significant enough effect on my health (lungs and muscles) to warrant the time, money and effort that it would take.

As time went on, I successfully weaned off prednisone, oxygen, ativan (or any other sleep aids). Then I conquered fatigue, pain and brain fog with AIP. I did all that without their help, so I assumed that there was nothing more a doctor in this area could do for me. 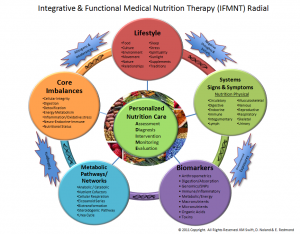 Recently I met a respected functional/holistic doctor that specializes in autoimmune disorders that I connected with in a way that surprised me. I still don’t know if there’s anything he can do for me. He admitted that usually the patients he sees have gone years either misdiagnosed or undiagnosed or underdiagnosed. He knows that I’m further along in my health progress than he’s accustomed to working with, but he still believes that there is an opportunity for further improvement. He’s asked me to hold off on decreasing my medication until after we’ve had a chance to work together.  He worries that reducing the medication that is keeping inflammation at bay, without fully addressing all the various reasons why it is existing to begin with, may be a detrimental move.  At the very least, he’d like the opportunity to work with me first.