Where is the exit to this ride? 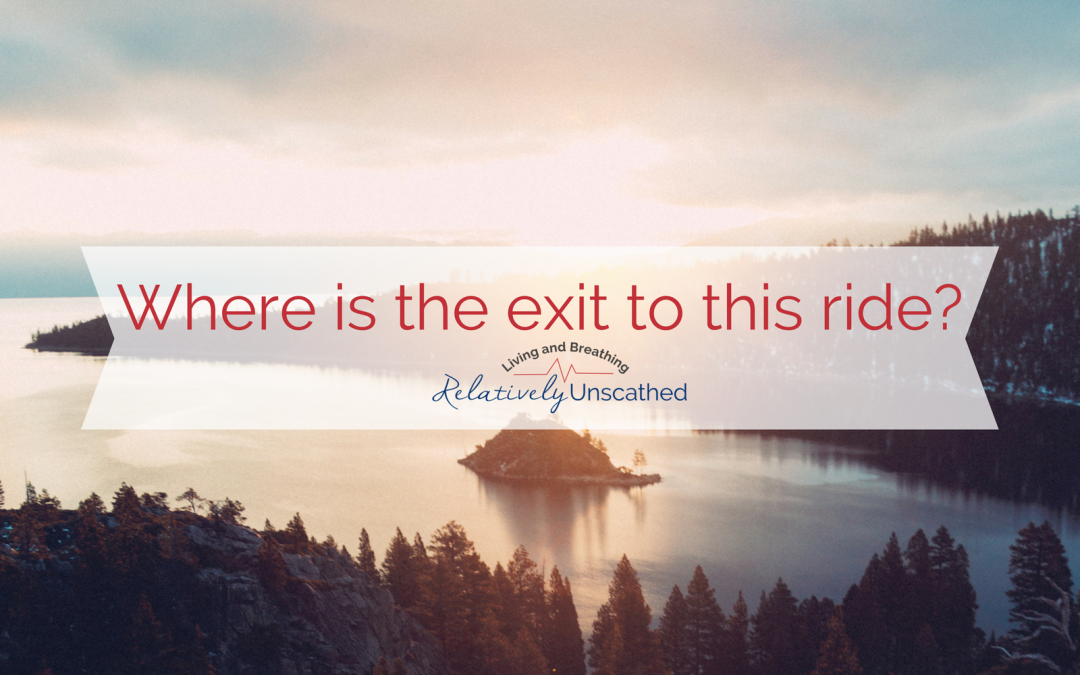 It was the best of times, it was the worst of times….oh wait…that line has already been used. Well…it had been a tough winter, but I was hoping that the incessant health issues were behind me, at least for a decent break. Unfortunately, I haven’t quite gotten there yet.

I had an amazing visit with an old friend and her six year old daughter. We’ve been friends since we were 14 and I felt honored that she decided to spend her spring break with us. I had a pretty ambitious plan of activities and was amazed that I was able to participate in them all and we didn’t miss a thing off my list. I knew that it was possible that I’d have to pay for my good time…as I’ve said so often lately, “no good time goes unpunished.” However, I am somehow still an optimist that thinks this time it will be different.

The night she left I was in my usual before bed bath and I saw a Facebook post that a person I had once considered a good friend, someone I worked closely with for several years, had passed away. I was overwhelmed with sorrow. Before we moved from VA, she had just started going to the doctor. I knew she was going, but she didn’t act like it was that big of a deal. I talked to her a couple of times on the phone while living in Maryland and admittedly, the last time we talked by phone I could barely hear her she was so quiet and my kids were being so loud. I was trying to know what was happening, I knew she was having to stop working, but I just couldn’t hear her. During that time my husband was getting his MBA, I had two small kids, experienced a pregnancy loss and then another pregnancy. To say I was self/family absorbed at the time would be an understatement. I should have reached out again…it should have been clear, but I didn’t and it wasn’t. 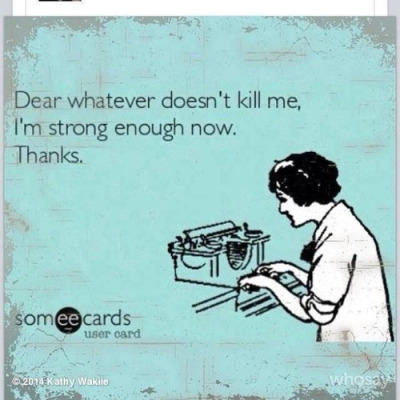 Soon after that, I started getting text messages from her on holidays. I would always respond but we didn’t really talk. Then last October, I noticed it was her birthday and I sent her a text message inquiring about her. She told me it wasn’t her birthday, but went on to talk about her chronic health issues. I felt like we had reconnected. In January, after getting her New Year’s message, I realized she was also sending them to my husband – so I mentioned it to him. That’s when he brought it to my attention that he wasn’t ever friends with her and that the person that was sending those messages was another friend of ours with the same first name. I somehow had put our other friend’s number under her name.

Here I thought I’d been in touch with her the whole time….when in reality it had been more than two years since we’d last talked. She was young…far too young to die within four years of dementia. I realized another clue I’d missed. Less than two years after I’d moved a photo was posted and she was tagged. One person in the picture looked like her, except she was “obviously” in her 80s. I mistakenly thought my friend took the photo and it was her mom in it. I now know, that’s how much her disease changed her. I’m sorry I didn’t know, even though I now know she probably wouldn’t have been able to be in touch with me…I still feel like I failed her as a friend.

I was sick for a week, but my friends were leaving for their lake house for the summer and I was determined to go to their annual going away party. It took all my strength and determination to pull myself together to get out of the house. I was hoping it would do me some good to see people and pull myself away from my pile of pity. Even though I took it easy at the party, and sat nearly the whole time – and stayed away from the bonfire – I probably drank too much still and stayed up too late. Instead of turning a corner, I had to be in bed for an additional week.

Spring break was soon approaching and I was so fearful that I’d be in bed with three kids running amok all week long and was feeling guilty that they would have to have such a sucky spring break on my account. Then somehow, as it approached, I started to recover. I pulled it off. Once again, we’d made a list of all the fun things we wanted to do that week and we did every single one and a handful more that we didn’t think of when making the list. We had such a fun week even though we didn’t go on vacation – I made a vacation for the kids.

Now that the kids are back in school and the house is coming back together I can feel my body falling back apart. My muscles are feeling weaker, my body heavy, my breathing more labored. But I’m not totally down for the count and somehow, no matter how hopeless I feel, when in the throes of illness, it is forgotten almost as quickly as it comes on. I somehow continue to think that this time…this time will be different…this time I’m going to be okay.