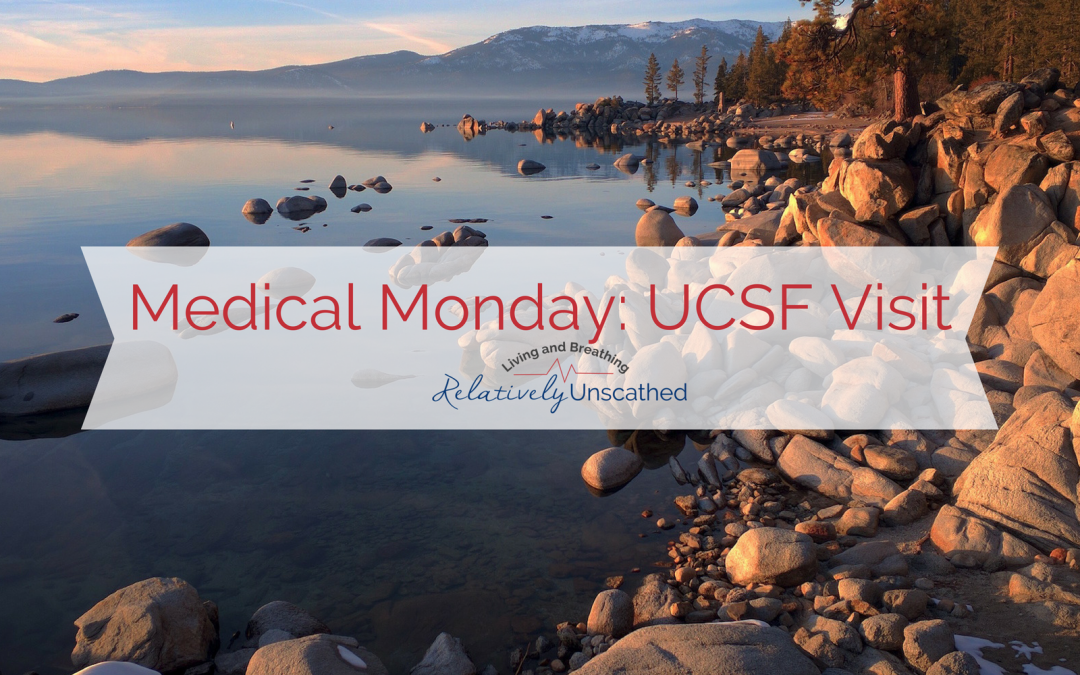 The recap for those that don’t follow every post. At the end of November I started having chest pains. I talked to my Pulmonogist at the time and since they were coming and going and I am a low risk for a heart attack he was hesitant to do anything about them. That’s because what would need to be done is a chest CT and I’d already gotten two and the radiation issue for those – especially given that I will be getting them for the rest of my life – is something to keep on the conservative side. He told me if they got worse or more intense that I should contact my primary doc.

On day six, they got so much worse and intense and were coupled with general malaise that I bypassed my regular doctor and headed for the ER. In the end pleurisy (inflammation around the lungs) or pericarditis (inflammation around the heart) were the most likely culprits of the pain. At the time, we didn’t think any of the tests showed evidence of either, but lack of evidence didn’t rule either of them out.

Here it is mid-January and I’m still suffering from the chest pains. Sometimes just annoying but often debilitating or nearly so. (I’ve still be able to keep my kids fed and alive, even during the worst bouts, but not much more than that.) I knew that I would be seeing my Rheumy and Pulm at UCSF on the 15th of this month…so I held off any other followups with my local docs.

In the meantime, I had gotten a followup PFT (pulmonary function test) at the beginning of January and the tech had led me to believe that my numbers had improved from the last time. However, when I started to prepare for my UCSF appointment, I discovered he’d compared it to my June results and not my last October results and in fact all the numbers looked worse. I knew the drop was nominal and I expected to hear that it was “statistically insignificant.” But as I’ve repeated numerous times, I prefer my insignificant statistical changes to be higher than the previous number.

I met with the Rheumy first. After hearing my telling of all related events, he listened to my heart. He said he could just slightly hear a “rubbing” which I’d never head of before, but apparently you can hear a “rubbing” in patients with pericarditis. Then he said that it was strange the echocardiogram didn’t show anything and he started reading down the report. And there it was, somehow I missed it, it stated, “trivial pericardial effusion.” Of course, what seems trivial to the reader, was not so trivial to the receiver of the pain it was causing.

So what does it mean and what do we do now? This issue could either be acute, caused by the infection last month, or chronic, caused by my autoimmune disease. Obviously we are hoping for the acute variety. A chronic situation can eventually cause issues that can in turn cause heart failure issues. So acute is the preferred outcome. I’ve been put on a drug called Colchicine and Celebrex to see if we can knock it out. I started those on Saturday. It is now Monday and I’m still suffering a great deal of pain. I bumped myself yesterday to the max dosage of each. I’ve just sent a message to my doc at UCSF to ask how long I’m suppose to wait to determine if this combo has failed or is working. Pain is far easier to deal with if you have some kind of end-goal in mind.

I know I generally like to end my posts on a positive note, but there really aren’t any silver linings for me when it comes to pain. I don’t even enjoy pain meds and even when I find them to be necessary, the ones that might actually work I can’t take during the day with the kids. However, I am very grateful that I have access to UCSF and that my local team is in support of my being seen by them as well.