There’s a first time for everything 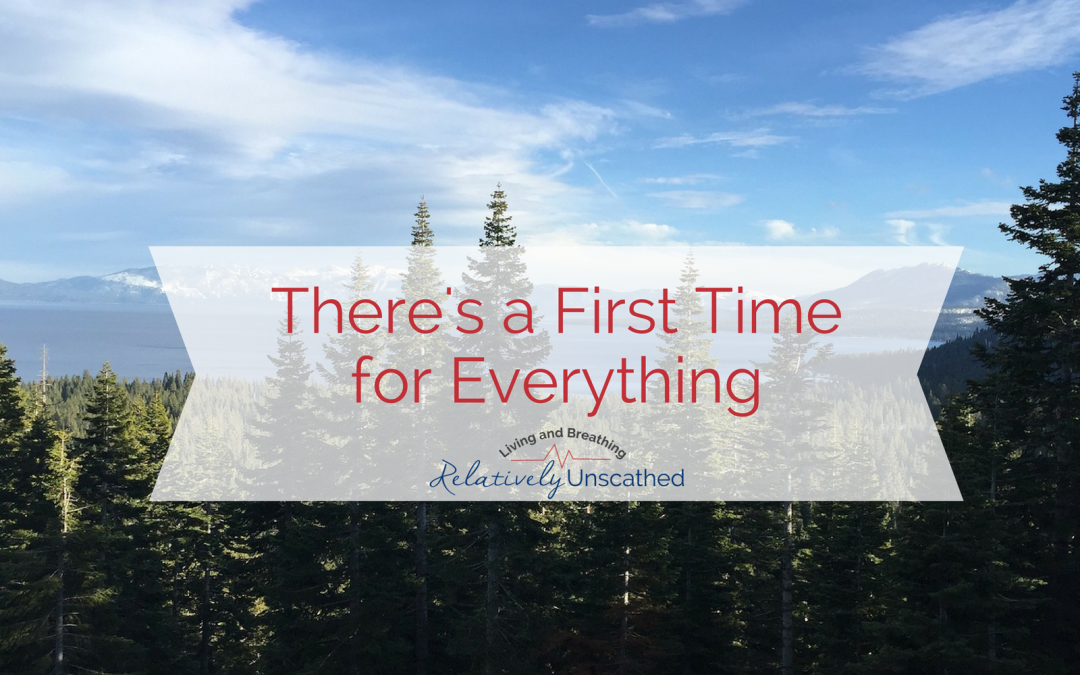 I recently spent about six days dealing with chest pains. The sharp pain would come for even a couple hours at a time, but then leave for even longer. It would leave just long enough for me to forget that I ever had it – then it would hit me all at once. I wasn’t having any other symptoms at first and since a cardiologist had just been inside my heart last March, I was pretty certain that whatever it was, it wasn’t a heart attack.

I even had an appointment with my Pulmonologist during those six days and he too was not in a hurry to get me checked out. I have a lung disease and unfortunately, that is going to sometimes come with pain. There are many things like this that I’ve had to grow accustomed to…we both decided it was best to wait and see what happens. He was headed out of town, but encouraged me to contact my primary doc if my pain continued or worsened.

On day six, which was Thursday, December 7th, the pain hit me around 11:30-12. I was even sitting at lunch with some friends and suddenly grew quiet and very uncomfortable. Since we were wrapping up, I just dealt with it until we all went our separate ways. I figured I could go home and relax a bit and let it subside. It wasn’t going away…so I decided to send a message (non-urgent, so I knew there was a chance she wouldn’t even see it same day) to my primary doc. I figured I’d let her know what was happening to see if she had any ideas or wanted me to come in to her.

The pain didn’t go away as usual. Instead it got much, much stronger and it started to spread down my back and my arm. (Again, I have sharp pains down my arms nearly every day that are non-heart attack related…so as you read my symptoms just know that things like that just aren’t as alarming to me as they should be to someone else.) I decided to take an antacid just in case it was some kind of heartburn issue. I’ve never had heartburn, so I figured if that’s what it was, I wouldn’t recognize it. I then went to take a bath and lay down in hopes that de-stressing would help lesson the pain.

Unfortunately, none of my efforts were rewarded. By the time I had all the kids home I was in increasingly worse pain. I was also beginning to feel ill. My mind was fogging over, I was feeling like I had a fever but one did not register at home. I was incapable of hiding my agony in front of my children and really felt debilitated.

When my husband became available to take care of the kids, I headed to the ER. I figured at the very least they could give me some good drugs for the pain. Unfortunately, my fantasy about what it will be like to get IV pain meds will feel like and what the reality of them are do not even remotely match up. I just trade in pain for nausea and dry heaves, which might have turn to vomit had I eaten anything since that lunch with my friends. The next time pain meds were offered, I turned them down.

Thankfully, all the big and dangerous things were ruled out: heart attack, pulmonary embolism, raging pneumonia. Unfortunately, the pain persisted and I registered a fever and my white blood cell count was elevated. Since the big things were ruled out the doc felt were were at a crossroads as to whether or not they should send me home or admit me. So I asked him to tell me what they would do for me in the hospital if I stayed vs. what I could do for myself if I went home. During this discussion, I was tearful, in pain and felt like I was on FIRE. I actually looked to see if I was laying on some kind of heated blanket because I was so hot.

I’ve been dealing with this disease and its side effects for a year. I am aware of my body and I’ve learned a lot about what is now accepted as “normal” for me and what is not….this was NOT normal or acceptable. It was decided that they would admit me, give me IV antibiotics, IV antiinflammatory and see how I do the next day and schedule an echo in the morning just to cover all our bases.

The next day I was feeling like things inside my body were not as out of control as they had been. I was happy to see that my primary physician was the one that was rounding that day. She was happy that I came in when I did. The best guess is that I had an infection, which most likely caused Pleurisy (inflammation of the lungs), but since it was caught and treated so quickly, the pleurisy didn’t get far enough along to see massive fluid on a scan…just far enough to give me pain.

To be honest, the fever scared me more than the pain did. They’d ruled out the evil stuff that could cause chest pain – but a fever meant infection and for me that can turn very dangerous. I personally would rather be alive than three days too late coming into the ER. In my case just a few days can actually make a big difference in outcome.

I think this is one of the hard parts of living with a chronic illness. Even things that, in our previous lives or even the lives of our friends and family, would seem relatively minor, I can’t help but feel I’ve once again dodged a bullet. The entire scenario weighs heavier than each part alone. I just hope that having an experience like this that went pretty smoothly, that no real damage was happening and that maybe could have been dealt with outside an ER and Admit – won’t keep me from making the same kind of proactive decision in the future. I feel like complacency is just as much of a threat to my health – than the actual health issues themselves.

I’m now feeling mostly recovered from the ordeal. I dealt with the pain for another week and still get twinges here and there. I spent a week resting and resting and getting more rest. I’m happy to be feeling more like myself now, and grateful that the outcome was as mild as it was.