Details on What I’m doing to stay “Healthy(ier)” 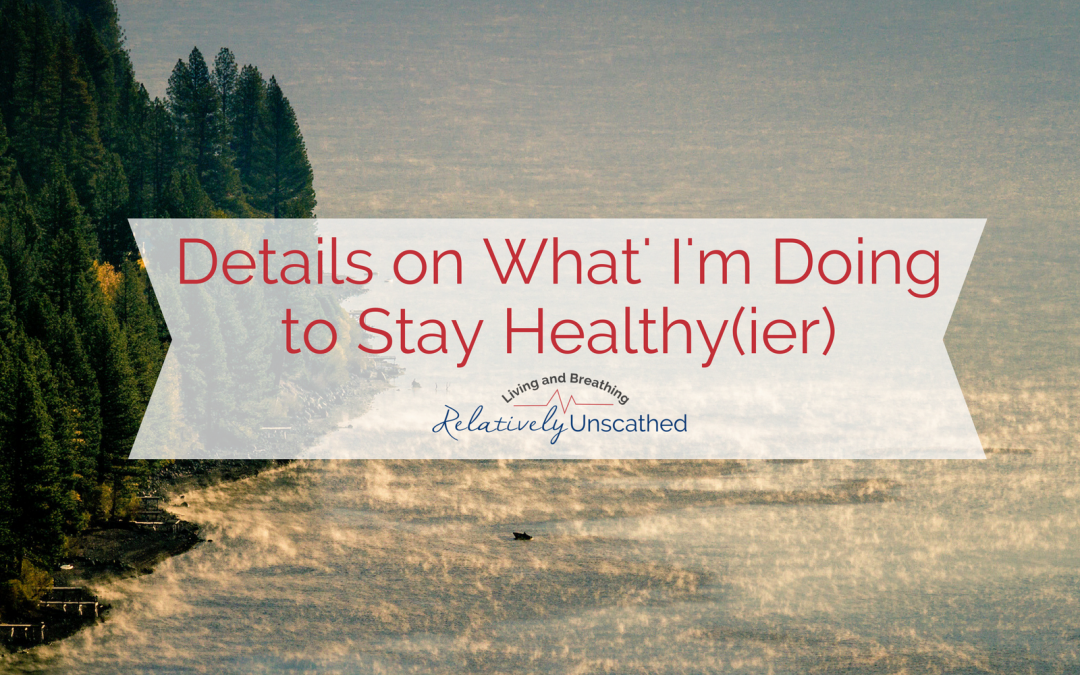 What will those daily/weekly/monthly/quarterly/yearly activities for longevity will look like this year? This will be kind of long and could be a bit boring, but if you want to better, understand all the things I’m attempting to do, and figure out what to do, this is the right post.

I wake up to an alarm at six a.m. to take my immunosuppressant meds (currently 2000 mgs of Mycophenolate). Due to issues of insomnia, I tend not to be able to go back to sleep once I’m awake. (Hence, I am writing this at 3:30 a.m., despite being exhausted…not even sure what woke me up). Then I get another alarm at seven a.m. to take my Prilosec, which is currently preventing all my meds from causing me to have an ulcer. At 7:30 a.m., there is another alarm letting me know that I am now cleared to eat food. Once I’m finished with my food, I am cleared to take my Prednisone (currently 60 mgs, which is a super high dose) and all my other pills, which currently include: prescription strength potassium (due to it being consistently low), multivitamin, fish oil, Biotin (because losing my hair is also on my list of possibilities), calcium daily and prescription-strength vitamin D 1x per week (because my D is low – despite taking OTC pills – and I’m now higher risk for osteoporosis), and Bactrim three times a week to prevent pneumonia. 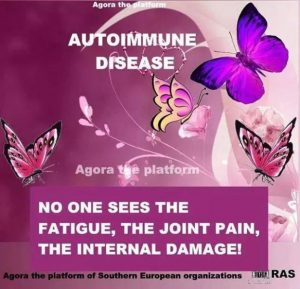 I now have another alarm that goes off at 9:30 a.m. just in case I forgot to take all those pills…most notably, the Prednisone. I recently had a very unfortunate day in which I forgot to take my Prednisone, and let’s just say there was an ER visit, an incident involving boiling hot tea, a case of hives, and some serious levels of crazy. It wasn’t good; it won’t be repeated.

At night the pill/food timing game starts again for my second dose of Mycophenolate, which has to be taken two hours after I’ve eaten, and then I can’t eat again for another hour once I take it. So, I have to be very aware of my intention to have any kind of snack, and considering I often eat at five p.m. with the kids and don’t go to bed until 11 p.m., a snack is often in order.

As soon as I returned from the Mayo Clinic, I did a sleep study because it was suspected that my pulmonary hypertension was being caused (largely) by my oxygen dropping too low at night. Medicare (who generally sets the standards for insurance approval processes) will approve a person for nocturnal oxygen use if their oxygen levels drop below 88% for a total (does not have to be consecutive) of five minuets during the night. Mine was below 88% for more than two hours and below 89% for more than four hours. Additionally, my heart rate even skyrocketed to 90 while sleeping and plummeted as low as 40 bpm. A typical sleeping heart rate would be 64 down to 52, or dropping 8% of your normal resting heart rate. So, in other, fewer words, not good. The oxygen was ordered, and I’ve been sleeping with it every night ever since.

Additionally, I am now embracing the power of oxygen during the day too – even out in public. I have no issues with my oxygen levels or heart rate when I am at rest (rest, but not sleeping). However, it only takes a matter of seconds even for any activity, even light activity (walking up or down stairs, going across a room, even walking at a snail’s pace for a few minutes), to make my oxygen drop and my heart rate rise. In order to get on daytime, portable oxygen, I had to do another test that involved taking my oxygen and heart rate at rest, then after a two-minute walk, then walking while on oxygen. My initial resting time and walking with oxygen all showed normal levels, but my two-minute walk produced oxygen level 84 and heart rate of 155. So, I’m thinking that if that kind of result isn’t good for five minutes while sleeping, why would they be good for me the numerous times I have to walk from one part of my house to another? I’m trying to prevent heart failure here. What do I care if I have to do it by wearing a cannula up my nose! So I’m embracing the cannula – in my home, at the ski resort, while shopping and wherever I might need to walk from one place to another. You will most likely find me with it on these days.

I have also turned into a hat lady. The sun’s UV rays have quite a negative effect on me and others with autoimmune issues. The sun can cause a flare in symptoms, and it generally makes me feel bad. So, you will also find me in a hat. I’ve embraced the hat, and I’ve embraced the oxygen, and it seems kind of hilarious to me that I can be so medically fashionable. I can sense I’m a bit of a conundrum for people when I’m out and about – so I just be sure to hold my head high and smile as much as possible. People with oxygen are less scary when they take that ridiculous scowl off their face.

Hand sanitizer is now placed in every room in the house (and in my purse and in my car and probably in my coat pocket, too) to help me prevent infections. I’ve been heard saying recently that up until the day I found out I was the unhealthiest person I knew, I’d always been the healthiest person I knew. I can’t even remember a time I threw up that wasn’t alcohol-induced. Probably when I was a kid. I rarely got any kind of fever, and usually that was stress-induced and would last a day. I never picked up the kids’ bugs even though I took care of each and every one of them that got it. (On a side note, my sister has been telling me that the reason I never get sick is because I am in fact the carrier. I’m now wondering if my immune system was just in so much overdrive it took care of it all for me until it went all batshit crazy on me.)

I’ve been wondering for five and a half years what the hell we would do if I ever got sick? And it took this damned disease to show me. (It turns out, I have to hire a bunch of people; that’s what we’d do. But more on that in my previous post). I also have face masks to wear when the kids decide they need to cough directly up my nose, (Ok, it was just the one-year-old who I shouldn’t blame at all) or if I need to be in a super germy place.

Regular testing: Blood tests, chest x-rays, pulmonary function tests (pure torture, and not looking forward to the next one. (I’m sure I’ll discuss at some point.) And to continue: echocardiograms and chest CTs. (Although these will be the least frequent due to the radiation).

Arthritis: I didn’t mention it before since arthritis isn’t actually going to kill me; however, it has caused me to lose much of life’s normal hand functions, and it was one of the symptoms that lead to my early urgent care visits prior to diagnosis. After sobbing in pain in the front seat of my car while buckling my one-year-old into her car seat, I figured it was time to get some immediate help. It was so bad that I couldn’t even use a pepper mill, trust myself with a pot of boiling water, or complete so many other normal, daily activities. The Prednisone was taking care of this issue for me nearly completely – but lately, my left wrist has started to bother me a bit again, and now I’m even experiencing issues around my ankles, a new problem I’m not super happy about.

Mental Health: Because staying as happy and stress-free as possible is just as important as the physical health…for me, I think it is what will optimize the efficacy of the drugs and other physical treatments. I don’t think a good attitude can heal alone, but no one has ever sited a bad one as being beneficial, so I’ll do all I can to stay as positive as I can despite all this.

Doctors, Departments, and General Programs I have or will be participating in: Internist, Pulmonologist, Cardiologist, Rheumatologist (occasionally an ER doc), Chiropractor, Acupuncturist, Counselor, Breathing Meditation, Pulmonary Rehabilitation, Mindful Based Stress Reduction, Biofeedback, and who knows what might be added in the future.

I’m hoping these things will help with overall health too, especially since I will soon need to start to more seriously fighting off the typical Prednisone weight gain that I’ve already begun to enjoy.